Sometimes It’s The People In The Background That Are Significant,Other Investigations – Ep. 2811

The patriots trapped the [CB]/[JB] in their agenda, they were hoping they could get another country to fill the oil void, now they can either continue down the path or restart oil production in the US. Brazil bank now allows customers to purchase Bitcoin. The [DS] is afraid, they have lost and they are fighting for their lives. They are trying everything, but it is failing. The J6 hoax broadcast is falling flat and the people are not believing the propaganda. The people see it as joke. [GM] was just sentenced to 20 years, low man on the pole. One leads to another which leads to another. Sometimes it’s the people in the background that are of greater significance. Some investigations have not been made public. The [DS] system is collapsing right in front of their eyes. 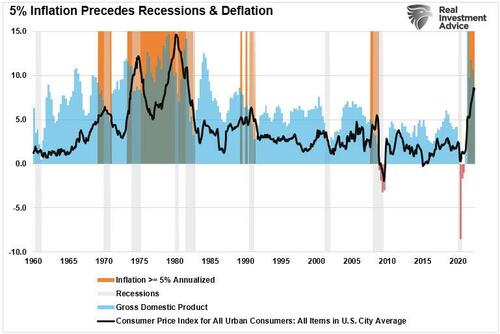 BRICS Summit Reaffirms That Russia Not As Isolated As NATO Suggests

BREAKING: Registered nurse Shawna Harris, who said she prescribes meds based on the political affiliation of her patients, has resigned. https://t.co/5MZRttNtzt

There’s nothing white leftists hate more than a black man who thinks for himself. https://t.co/CCGvJ0a8eq

Judge Nathan: That is 20 years. Then five years of supervised release. I impose a fine of $750,000. She has received a $10 million bequest from Epstein.

Judge Nathan recommends Maxwell be sent to the women’s prison at Danbury, Connecticut.

Ghislaine Maxwell has been sentenced to 20 years in prison.

Will others be brought to justice?

After Maxwell was charged, there was ANOTHER ongoing grand jury investigation into "other possible co-conspirators of Jeffrey Epstein.

That investigation has not been made public. pic.twitter.com/jDW32iGAVy

BREAKING: "California gun owners have been put at risk by the Attorney General's office after a new dashboard leaked their personal information." https://t.co/OGFOpgEWa7

Nato’s secretary general has said this week’s Madrid summit will agree the alliance’s most significant transformation for a generation, putting 300,000 troops at high readiness in response to Russia’s invasion of Ukraine.

The Left using vaccine mandate to decimate our miltary. https://t.co/v2v1P8kfnG

He told investigators that “paid professional agitators” were operating on January 6th in Washington DC.

The network executive producing the J6 hearings is so distraught by the low ratings that he is unveiling “surprise” performances. It’s like a Hollywood award show.

Only in DC is this normal.

Kinda like The NY Times Anonymous who turned out to be a doofus junior staffer who was nowhere near any decision making authority. https://t.co/GzWSDjrwfl

The corrupt J6 committee’s new SURPRISE WITNESS was so appalled by Trump and J6 that she…was planning to go work for Trump at his FL residence eight days *after* January 6 (article was published on January 14, 2021).

Cassidy Hutchinson wasn’t even in the limo

I See whats happening, but I would like to see you guys doing something about it already.
WE KNOW ALL OF THIS.
WE ARE HELPLESS TO IT ALL
So the real question Q is, Do YOU see what is happening??

>>9801436
Fear not.
You [we] are not helpless.
Enough must see.
It is the only way.
You are being presented with the gift of vision.
Ability to see [clearly] what they’ve hid from you for so long [illumination].
Their deception [dark actions] on full display.
People are waking up in mass.
People are no longer blind.
Do you think it’s a coincidence they banned and prevent you attending Church _house of worship?
Anti-American.
Anti-God.
One must only look to see.
Have faith in Humanity.
Have faith in yourself.
Let light guide you.
Find peace through prayer.
Biblical.
Q