Another Piece To The Election Fraud Puzzle Coming, This Will Shutdown The [DS] Cheating – Ep. 2813

The confidence in the economy crashes, 85% of Americans say the economy is getting worse, the people are reaching the precipice. The Atlanta Fed GDP is indicating we are now entering a recession. Powell admits that raising rates would bring the economy down. SC puts up another roadblock for the Green New Agenda. The [DS] is in trouble, their plan to get Trump has failed, not once but multiple times, it is now obvious to the people that this is a witch hunt. The NY case against Trump has failed. The SC continues to bring back the Rule Of Law. The elections are in the spotlight, the SC decided to take up a case on legislative power for the elections in October, timing is interesting. This could be the final piece of the puzzle to block the [DS] cheating attempts.

Economic Confidence Crashes: 85% of Americans Say Economy is Getting Worse 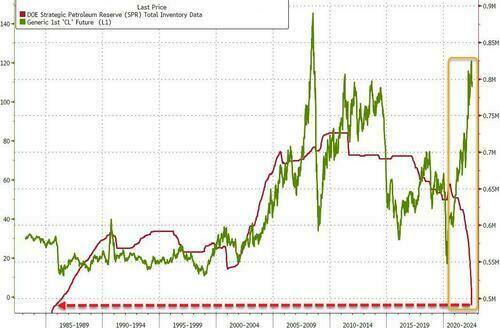 Powell Admits That Fighting Inflation Could Lead To Recession

Bed, Bath & Beyond Fires CEO More Than A Year After Canceling MyPillow

The five-year statute of limitations of the fraudulent Carter Page FISAs has now lapsed. Once again, the perpetrators have been let off scot-free. pic.twitter.com/BD5R48M6GC

A New York judge ruled Wednesday that Donald Trump is no longer in contempt for failing to turn over documents demanded in a subpoena by the state’s attorney general.

The former president’s April 25 contempt finding came after he contested a December subpoena seeking records related to his personal finances and the financing of several properties. Trump claimed he had no material that was responsive to the subpoena, leading to demands by the judge and the office of New York Attorney General Letitia James that his attorneys provide detailed explanations of how they conducted their search.

“Although we are pleased that the court has lifted the contempt finding, we maintain that it was wholly unwarranted and improper in the first place,” Alina Habba, an attorney for Trump, said in a text message. “We will push ahead with our appeal to secure justice for our client.”

I never asked for a pardon for myself, but I am asking for Edward Snowden and Julian Assange to be pardoned.

The First Amendment is important for many reasons. pic.twitter.com/qjco44wBlG

A world of make believe. You can never negotiate with these people because it requires you to step out of the real world and dabble in a world that isn’t real.

You can only defeat them. https://t.co/EGGnyHOYy4

None of the shots will be delivered under an FDA approved label.

Additionally, there are already 100s of millions of unused doses sitting around, which makes this whole op resemble a sketchy laundering operation.

Arizona set a new standard for education this past week, passing a bill that allows families to pick the school of their choice, and the State will help fund that choice.

The legislation includes an empowerment scholarship account eligibility to every Arizona family.